George Halvorson | Institute for Intergroup Understanding
Back To Top ▲ 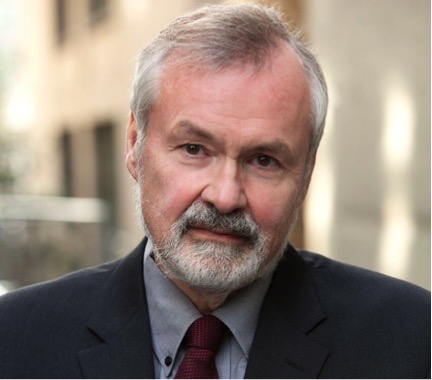 George Halvorson is the Chair and CEO of the Institute for InterGroup Understanding. He has served for more than 30 years as CEO of six different health care delivery and financing organizations in the U.S., and he has helped start and run similar organizations in several other countries. Health care organizations served by Halvorson included Kaiser Permanente, where he was Chairman and CEO from 2002 until early 2013, and the Health Partners Health Plan and hospital system where he served for 15 years before moving to Kaiser in 2002.

Both Kaiser Permanente and Health Partners are vertically integrated care systems, so Halvorson has served as a CEO in functional care systems for a couple of decades.

Halvorson served as CEO for three smaller health plans before that time, and he served as a senior officer for the Minnesota Blue Cross plan before actually managing health plans and health systems.

Halvorson has also been serving for the past eight years as chairman of the First Five Commission for Children and Families for the State of California — appointed to that position by Governor Jerry Brown and then extended for a year into the administration of Governor Gavin Newsom.

The Commission uses roughly $500 million each year — raised from tobacco taxes — to provide support and education to children in California from birth to 5 years old. One of the programs run by the Commission during that time was an education campaign that increased the awareness in Medicaid Mothers of the possibility to increase their child’s brain capabilities and neuron connection levels significantly by various direct interactions in the first months and years of life from under 10 percent of the mothers in the first years of that campaign to over 85 percent last year.

Some of that work is being done by the Institute for InterGroup Understanding as part of the agenda that is being built to both address some of the major inequities that children face and to set up a foundation for trust and mutual support relative to issues of inter group understanding and Peace. The Threekeyyears.org website, run by the Institute, provides direct support to parents for those activities.

The InterGroup Institute works on issues of racism, prejudice, discrimination, misogyny, division, and InterGroup stress and conflict. Halvorson has now written four books on those topics, which are all available as teaching materials from the Institute website. Electronic versions of the InterGroup books can be downloaded or read directly from this website at no charge. Hard copies of the books are available at Amazon.com.

In addition, Halvorson has authored seven books on health care reform, including Don’t Let Health Care Bankrupt America — a book with a major chapter about brain development in children and the epigenetic opportunities that we all face in health care to steer our lives in more positive and productive ways.

The most recent health care book — Ending Racial, Ethnic and Cultural Disparities in American Health Care — discusses the major disparities that exist by race and ethnicity in American health care today, and explains how to either end those disparities or prevent them from happening. Bill Gates and Warren Buffet both placed Halvorson's health care books on their recommended reading lists.

"A terrific book," Buffet said. "By far the clearest explanation I've seen of how we've arrived where we are in health care ..."

Halvorson's penultimate health care book, Don't Let Health Care Bankrupt America, explains why we should be automating and building computer bases for our entire care system — and it deals with the importance of early brain development in children from all groups in America. That book explains the particular importance of those early childhood brain development issues for every single child.

More than half of the births in America last year were to Medicaid mothers and we are doing major damage to the life trajectories of far too many children by not providing the needed support or books to all Medicaid families and homes.

It is a major and damaging inequity that more than half of the Medicaid homes do not have a single book and we know that the neuron connections that result from reading actually run from the billions to the trillions of connections based on how often those interactions with the children happen.

The Institute works very directly on issues of early childhood development and InterGroup interaction, and has produced books, thought pieces and YouTube videos (support materials) to help with those efforts.

Issues of early childhood development from all groups are also highly relevant to intergroup Peace in America, because the current system — imprisoning far too many people in this country — will cause InterGroup Peace to fail. More than 60 percent of prison inmates either read poorly or can't read at all. We can reduce the incarceration rate by half or more, just by making sure every child gets the right level of brain-exercise-support needed in those first key years of life.

During more than three decades as a health care CEO, Halvorson has served on more than three-dozen boards, task forces, coalitions and commissions, and has chaired many of those efforts. Halvorson was Chair of the Health Governors at the World Economic Forum in Davos, Switzerland, and he either chaired or co-chaired several of their committees and task forces. He advised the European Union as well as several countries throughout Europe on health care issues and presented again as key note speaker at a European systems health summit last year.

Halvorson served as Chair of The International Federation of Health Plans — with member plans from twenty countries--for nearly a decade. He also chaired The Partners for Quality Care national labor management coalition twice — and was the three-time Chair for The American Association of Health Plans.

Halvorson helped start and design health plans and care systems in half a dozen countries. He personally spent time in Uganda and Jamaica — starting health plans and guiding them to operational status. Findings from those settings and those sites are included in the InterGroup books.

His most recent company had nearly 200,000 employees, more than 500 owned and operated care sites, and earned more than a dozen awards for its diversity — as well as winning multiple awards and recognitions for the quality of its care. More than 59 percent of Kaiser Permanente employees were from minority groups, and that diversity extended to all levels of the organization. (The board of directors and senior management of that $50 billion company were also highly diverse.)

That highly diverse organization (Kaiser Permanente) won top awards — including the number one national and regional recognitions in key areas from Consumer Reports, J.D. Power, Medicare, NCQA, and several hospital safety rating organizations. Kaiser also won the Chrysalis Award for best place to work for women, and multiple awards from diversity magazines and organizations for both a best place to work, and a best place to receive care for minority Americans. The Minority MBA magazine made Kaiser Permanente the first member of its Diversity Leader Hall of Fame. The National Action Movement (NAM) awarded Halvorson a lifetime achievement award for work on racial and ethnic disparities in health care as described in his book — Ending Racial, Ethnic and Cultural Disparities in American Health Care.

Key findings and insights from Halvorson's experiences — and functional, real world successes in highly diverse settings — are included in the books and thought pieces available from The Institute.

The Institute believes in making diversity a major asset in this country, and — based on actual real-world experience — that diversity in the context of an inclusive meritocracy leads to great success.

Diversity is a very important point to understand and address. We must deal with our diversity in a positive way. Our growing diversity as a nation is a key reality, a key opportunity, and a key challenge that we all need to face.

The situation is clear. America is becoming very rapidly diverse. The numbers can't be challenged and are invisible to most, yet, they are irrefutable. More than half (51 percent) of infants born in America last year were to minority parents.

More than 50 percent of children in our public schools this year are minorities. Our growing diversity is not a supposition or a hypothetical and theoretical possibility. It is our destiny. We crossed a major — and very immediate — line last year when half of the births in the U.S. came from our minority mothers. That reality has its own set of embedded risks we need to understand, so we can turn those risks into assets — rather than let them trigger liabilities.

We run the risk — that we see in so many multi-ethnic countries — of becoming just another internally tribalized nation at war with itself. We may face future growing division and internal conflict because of our growing diversity.

Or — we can transform our diversity into an asset, and win and prosper as a country when everyone shares in the American dream. The results at KP — in a highly diverse situation for 200,000 very diverse people — tells us that becoming diverse (winning in diversity) is not only possible, but also that we need to make celebrating diversity (winning) our commitment and our goal. The InterGroup books explain how to achieve this goal. The Institute for InterGroup Understanding, along with this website, were created to help us all succeed in those efforts.

We actually have a major opportunity right now to work with the energy and momentum being built by the Me-Too Movement and by Black Lives matter, to steer our country into positive paths for the future. We have done bad things to people at multiple levels — and we have the ability and potential to work together to deal with our racial and gender-related issues to build an enlightened future as a people and a nation if we do things right and make the right things happen.

Halvorson believes that the Institute for InterGroup Understanding has the responsibility and opportunity to help make that future of enlightened Peace happen for us all.