Lying Is Not Allowed 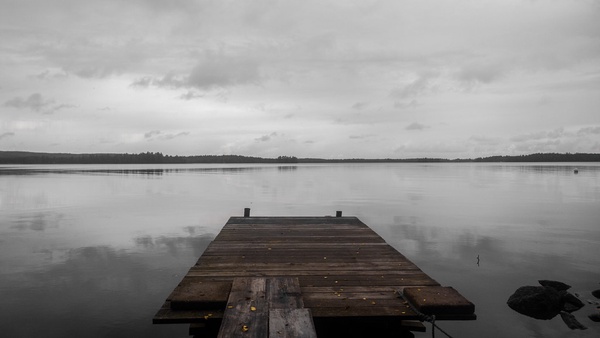 When I served as CEO of six different organizations over three decades, one of the rules I learned early in the process that I very intentionally used  in each of the settings I led as CEO, was to tell my staff I would fire anyone who lied to me on any issue.

I wanted people who reported to me in each work setting to make me right in the end of each process by pointing out in clear and useful ways when I was wrong early in the process.

That encouragement of other information is a very useful strategy to have as a leader if you really do believe being actually right is important.

So I did not fire people in any CEO setting who said that I was inaccurate.

But I did fire people who told me a deliberate lie. I made it very clear that telling me a lie was completely unacceptable and I would not continue to work with anyone who lied to me.

I made that statement and used that approach because lies do damage to me and to my organization at multiple levels, and I do not want multiple levels of damage in any setting.

The first level of damage to me and my organization is that if someone lies to me, and if I make a decision based on their wrong information, I am highly likely to make a wrong decision. I do not want to make wrong decisions.

The first point in this note, about wanting people to tell me when I am wrong, is relevant to that point. I want to be right in the end, and I want to make the right decisions when decisions need to be made, and that is less likely to happen if someone intentionally gives me bad information at any point in the process.

The second reason I do not want anyone to lie to me, is that if they do lie, I find it extremely difficult to trust what they say or do in the future. If I know that someone lied about something, then everything else they say might also not be true. It is not good to be working with someone I can’t trust.

I want to interact with each person I work with in my organizations in the context of accurate information, and I cannot maintain confidence in the accuracy of the information if I know that a person tells lies to me.

The third reason I do not accept intentional falsehoods or keep dishonest people in those jobs is that lying to me is extremely disrespectful as a person. It is disrespectful, a personal affront, and an insult to me as a person to tell me untrue things.

I also insist that everyone who reports to me tell the truth to each other. That is extremely useful from a logistical and functional standpoint, because it means my team is more likely to make good individual and collective decisions with honest information, and my work-group members are more likely to support and reinforce each other because they trust each other.

That might seem like common sense and maybe even common practice — but that sadly is too often not the case.

There are cultures in a number of settings where people are allowed to lie. In some cases, people are even expected to lie on some topics and issues.

Those cultures tend to be dysfunctional in many ways — and my experience is that they tend to have suboptimal performance because they work with flawed information, and the people doing work and making decisions in those settings often don’t have full confidence in their own information.

Suboptimal performance is not optimal.

So telling the truth in a work environment or organizational environment actually has functional value, in addition to each site being a much easier place to work, because people aren’t in a state of tension and concern or even anxiety about what information they have received from each other as either inaccurate or untrue.

Truth has logistical value. Leaders who want their organization to thrive can benefit by making truth an expectation for everyone on their team.

That is not a hard thing to do. Just use your culture as a tool to make that expectation happen. We all invent and create cultures in every setting. Cultures are created by identifying the values and the expectations we want and use in each setting.

We need to be explicit about values in each setting, and we need to enforce and reinforce our expectations for our values.

Chapter Five and Six in The Art of InterGroup Peace both explain how to build and use cultures as tools. You can read chapter six here through this link.

You can also read useful information about building cultures in Chapter Four of the Primal Pathways book.

We function better and we do better as individuals and as a group when we have clear cultures in each setting, and when telling the truth is an anchor belief and an explicit expectation in the cultures we build.