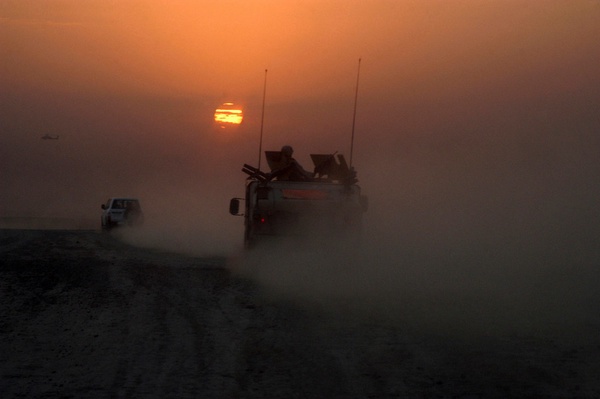 Our basic instincts to divide the world into us and them and to do cruel and evil things to people we perceive to be "Them" can be seen in very ugly forms in both our street gangs and in the ISIS movement that is gathering membership and supporters in multiple settings. The books Primal Pathways, Cusp of Chaos, and The Art of InterGroup Peace all explain those instinctive behaviors and their impacts on the behaviors of those groups in some detail.

Street gangs exhibit some very basic and primal instinct patterns in each of their settings. The gangs hold and defend turf. They have clear and limited group definitions. They both demand and expect instinctive levels of direct and unquestioning loyalty to their group and to its leader. They both tend to punish, damage or even execute their perceived traitors when the groups' traitor instincts are activated and in full gear.

The Us/Them instincts that are described in Primal Pathways and The Art of InterGroup Peace clearly structure thought processes and behaviors for both the street gangs in our cities and for ISIS as a clearly primal group alignment mechanism on a larger scale. The activation of the Us/Them instincts described in Primal Pathways, Cusp of Chaos, and The Art of InterGroup Peace are exemplified in both settings. ISIS is so primal at a foundational level in their us/them instinct activation that they commit genocide against people from other tribes and they enslave women for sexual purposes when the women are from groups ISIS defines to be "them." Their leadership actually distributed written instructions for the sexual abuse of slave women that follows very primal us/them instinctive intergroup behavior patterns. Please click here to view a video from CNN on ISIS trying to justify the enslavement of women and girls>>

One of the worst traits of fully activated us/them instinctive behaviors is to dehumanize groups of people perceived to be them. That has clearly happened for both the groups of people being genocidally attacked by ISIS, like the Kurds or the Yazidis who fled by the thousands from their ancestral homes in Syria to avoid massacre, and by the women ISIS is enslaving and abusing with a sense of pride rather than shame.

Gang leaders in our cities and prisons follow similar turf related instinctive behaviors when they simply kill people from other gangs who trespass on their turf.

Anyone who doubts how grim behaviors can be when those intergroup instincts are activated can see clear proof points with both the gang and ISIS behaviors. Anyone who wants to predict future behaviors for either gang leaders or ISIS can make those predictions by following the pathways that those instincts create for intergroup behavior.

On a less bloody scale that follows those same ethics free behavior patterns, we can see the Dominican Republic currently evicting large numbers of people of Haiitian descent whose families have lived in that country for generations. The make it very clear that those expulsions are for pure intergroup reasons. Likewise, in Sri Lanka, street mobs have killed and lynched people because the people were from a local minority tribe.

The behaviors that happen when those instincts are activated follow very similar patterns in far too many places. We need people with cool heads in all of those settings committed to creating intergroup Peace. That isn't likely to happen when supreme leaders of gangs or supreme leaders of tribal groups have their full alpha instincts activated and are personally rewarded at a very primal level for those behaviors.

Those sets of behaviors are explained in both Primal Pathways and The Art of InterGroup Peace, two books available free of charge from the home website of the Institute for Intergroup Understanding.

Future behaviors for both ISIS and street gangs can be easy to predict when the instinct choreographed patterns that create them are clear.