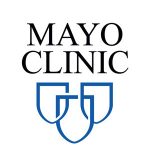 Sixty percent of African American males in this country who drop out of school end up in jail. The recidivism rate for those prisoners is nearly 80 percent.

Those numbers are horrible. They result in damaging life trajectories for far too many.

We can change those trajectories — but to change them, we need to make those changes for people in the very first weeks, months, and years of life.

Children are being born today, as you read this piece — so it is clear that we need to make those changes now.

We now know from multiple, very good studies the first three years of life create the biological and neurological underpinnings that functionally determine whether or not people will drop out of school. Life experiences in those first three years set up key pathways for life, and those experiences can be supported in ways that keep children out of jail.

The sheer, cruel, shocking, painful, and extremely important functional reality we all need to face is that the pathway to prison is set for far too many Americans by age three. We have far more people in prison than any country on the planet. We have seven times more people in jail per capita than Canada.

That path to prison is set by children not being able to read and dropping out of school.

Eighty-five percent of the children in the juvenile justice system of America today cannot read. We can determine with an extremely high level of accuracy, by age three, which children will be able to read. We know from a wide range of studies that the children who can’t read have a much higher rate of dropping out of school. That is true for children from every group.

It is entirely experiential.

It is a set of entirely experiential factors that happen in those first months and years of life that determine which path each child will be on.

The book Three Key Years discusses those realities in detail, and explains what we can do to get children from every group to a different life trajectory.

Chapter eleven of The Art of InterGroup Peace book also explains those realities and describes what we need to do to change lives for millions of children.

Those books are both available in hard copy for about $10 on Amazon, and can both be read for free on this website.

They can also both be downloaded at no cost from this website.

The attached “Mayo Clinic Grand Rounds Talk on Saving Kids” explains those same issues, and that Grand Rounds talk can also be downloaded free from this website and this blog.

Read it here and now or download it and read it later.

We need to save every child. We need to do things to reduce racial discrimination, ethnic prejudice, and levels of intergroup anger, conflict, and distrust in our country. We have some real problems now, and we need to deal with all of those issues to create a future of Peace for America.

A key to doing that work for the future is to help our children now. We should not find it acceptable to have learning differences in our schools that have some sets of children at 70 to 80 percent reading success levels, and other groups of kids where only 30 to 40 percent of the children can read.

We all need to understand that those huge learning differences we see in too many schools in this country today are actually not ethnic or racial. Those differences are completely and entirely experiential.

Read this “Mayo Clinic Grand Rounds” piece to understand why that is true.

Let’s change the future of America by doing the things that work and doing them now.