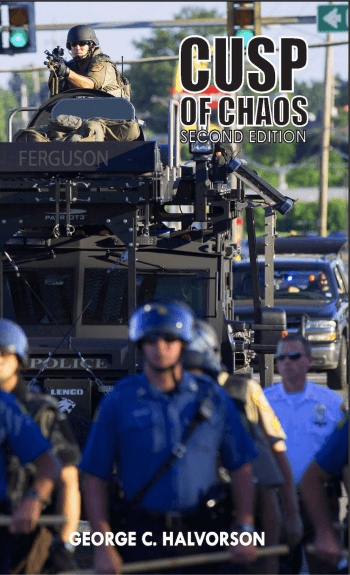 People are doing evil and discriminatory things to people in multiple settings across the planet. The old colonial powers gave up their empires in a very clumsy and dysfunctional process. They left behind a world of aberrant , almost idiosynchratic and frequently non-sensensical multi-tribal nations with groups of people trapped together in national boundaries that too often make no functional sense and create situations where too many people in too many settings are at war with themselves.

The collapse of the Soviet Union created its own array of problematic and newly independent multi-tribal settings that are each also generating their own internal intergroup conflicts and divisions.

All of the internal conflicts in all of those troubled settings are creating floods of refugees — with more than 50 million people today in refugee situations. Those refugees — combined with a flood of economic immigrants who are seeking better economic status for themselves and their families — have created intergroup conflicts and intergroup stress points across a wide range of countries and settings.

Many countries that had been ethnically pure for centuries — like Austria and France — are finding themselves with major influxes of new people who have a different culture, a different ethnicity, and often very different belief systems.

Riots in London, Amsterdam, and Paris are happening far too often at purely ethnic levels — with all of the worst instinctive us/them behaviors and us/them intergroup thought processes fully activated in all of those settings. The religion of the new immigrants tends to be different than the religion of the origional inhabitents in most of those settings. The people who are in a state of intergroup conflict in many of those settings believe that the conflicts they face are religious to a sgnificant degree. That, unfortunately, tends to be a self-fullfilling and self-actualizing assessment, and religious leaders in some settings are now calling for the equivelant of holy wars.

We are seeing tribes at war in a wide number of settings who are making religion a major element in their intergroup hatred. The Shia tribes and the Sunni tribes and the Kurdish tribes all fight as tribes but ascribe religion linked motivations to their shedding of intertribal blood.

In our own country, we don’t have tribes at war with tribes, but we do have significant economic and educational differences between ethnic and racial groups that are causing real problems and we have levels of intergroup anger that emerge regularly with high levels of visibility when trigger events bring the negative intergroup energies in various settings to a situational boiling point for the settings where those events happen.

We have made huge progress in many very enlightened ways in our country — and we should celebrate and build on that progress — but we still have major differences and true disparities between groups at educational and economic levels that need to be addressed.

Hispanic Americans are three times more likely to be arrested than White Americans — and African Americans are six times more likely to be incarcerated.  Too many comminities do not have a high level of trust for their police forces. We clearly need to work in every community to create a legitimate sense that the police are there to serve and protect all members of our communities. That can be done, but it has to be done in each setting, one at a time in ways that create relevant trust in each setting.

We need to recognize and be very open and honest about the areas where we need to do better in our intergroup interactions. We also need to work together to help each other. Saving every child in every community by doing extensive neuron connectivity support in the first years of life for every child from every group needs to be part of that agenda. See the book Three Key Years for more information on that issue.

Cusp of Chaos explains the dangers we face  in all of those settings and outlines some of the basic steps we will need to take to improve the path we are on to keep us from intergroup chaos.

Cusp of Chaos also explains the learning process and describes some basic life experiences for the author of the Intergroup set of books — explaining how and why George Halvorson, the author, came to believe what he now believes and why he is now doing what he now is doing relative to both intergroup and child development issues.

Cusp of Chaos is a book of observations — some personal, some professional, and some purely intellectual — about the world we are in and what it is becoming.  We truely are on the cusp of chaos if we make some wrong decisions and if we fail to create Peace in our time.

The picture on the cover of this book is not from a war zone in the Middle East. It was taken in Ferguson Missouri, and that was the actual vehicle used to respond to the Black Lives Matter protest there after the wrongful death of Michael Brown. The picture speaks for itself.