The Fragility of Civility 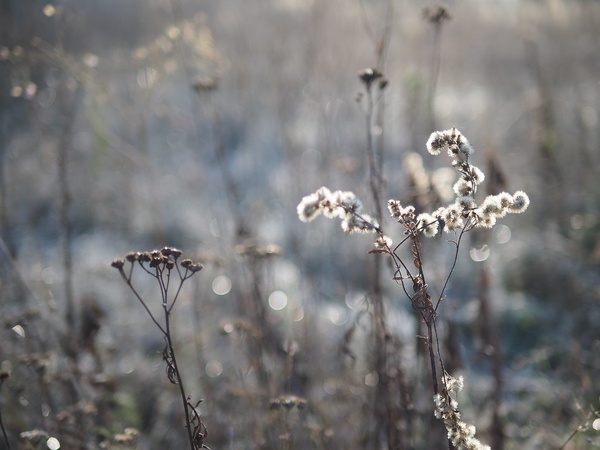 We have seen a sad and painful level of deterioration in the level of civility and courtesy in far too many political settings in our country today — and we probably ought to recognize that the deterioration in civil behavior is due in large part to an increasing invocation and activation of our most basic and primal “Us/Them” instinctive delineations in those political settings.

Courtesy often has clear patterns of instinctive alignment. We tend to be courteous and polite to people we define to be “Us.” We tend to ignore and reject courtesy, and we too often pursue rudeness and choose to exhibit both affronting and offensive behavior when we define people to be “Them.” We see those patterns far too often in far too many settings. The underlying instinctive thought processes are consistent and clear.

Based on the activation of our instinctive inter group thought processes and attitudes, we are too often contentious, rude and intentionally, deliberately, very openly, and obviously impolite, discourteous, and disrespectful relative to whomever we perceive to be “Them,” when the opportunity to respond publicly to “Them” in directly negative ways presents itself.

The tone and tenor of far too many public interactions in American politics today tells us clearly that those specific instincts have been activated — those instinctive perceptions are in place — and those negative instinctive behaviors and interactions feel right to the people who are exhibiting those public levels of disrespect and openly rude language relative to other people in the political arena.

We follow those same patterns of significantly differing responses to “Us” and “Them” for both courtesy and ethical behavior. We tend to be ethical and honorable relative to whomever we define to be “Us,” and we tend to suspend ethics and guilt, and we often act in negative, damaging and conscience free ways relative to “Them.”

Primal Pathways, Cusp of Chaos, Peace in Our Time, and The Art of InterGroup Peace all describe those behavior patterns and explain why we tend to suspend conscience and why we feel no guilt when we do bad, damaging, discourteous, disrespectful and uncivil things to “Them.”

Those behavior patterns and thought processes are far too common in American public discourse and political interactions today, and they have been our practices in too many public and political settings for a painful period of time.

It has been sad to see those negative instinctive differentiations being activated and to see those unfortunate mind-sets and perceptual perspectives slipping into major segments of our political discourse as a country over the past couple of decades.

We had a long and lovely period of time through most of the last century when we approached politics from the civilized and civil perspective of having disagreements with one another that happened in the context of us all being an “Us.” We disagreed with each other in political settings during that time frame, but we disagreed largely in the context of all people in political positions being perceived by each other to be part of an American “Us.”

Because the political people from all sides were part of an overall sense of being “Us”during that period of time, the public and private disagreements between people about political issues generally happened in interactions that were respectful, polite, and very consistently civil. Our leaders used to take pride in being civil and even friendly to their political opposition.

Now, sadly, for a number of reasons, far too many of our politicians have crossed a very basic and primal instinctive thought process line and too many leaders and public officials are now defining their political opponents to be truly “Them” — not just a differing subset of “Us.”

When that differentiation into being an enemy instead of an opponent happens, language coarsens, and the language that people use about one another in public settings becomes contemptuous and angry, rather than just contentious and cranky.

Contentious is better. Contemptuous, disrespectful, and clearly condemning language is bad for ongoing interactions in any setting, and using that level and tone of communication as an attack mechanism does obvious damage to our ability to govern ourselves collectively in adult and peaceful ways.

Politicians with their primal instinctive differentiations activated might refer to their opponents as “Lying Ted” instead of calling them “My good friend and my respected colleague who is clearly and absolutely wrong on this point.”

That should not be acceptable to us as an American people. We should understand that entire set of issues, and we should hold our leaders to higher standards of interactions. Allowing our politicians to cross the line into primal instinctive differentiations in their thinking and interactions is dysfunctional, damaging, destructive, sometimes disgusting, and too often, truly dangerous.

Sadly, the slippery slide into primal “enemy” thinking in political settings is highly seductive for far too many people. There is a deep emotional reinforcement that sometimes happens when we crush enemies that does not happen when we only overcome and defeat our opposition.

Those differences between those approaches are more than perceptual. Behavior changes. Thinking changes. Values change.

The differences in behavior and functional consequences for those two sets of definitions are fundamental — in part because our deep and powerful instincts to be loyal to our own side when we are confronted with a true enemy in any setting keeps us from having dialogue or engaging in conversations in those settings that can guide us to collective and collaborative outcomes.

When those enemy linked instincts are in gear, people who try to communicate and who seek to collaborate with the other people in a setting are too often perceived to be traitors by the people in their group who see the other side as the enemy — and some of our most powerful instincts call for us to reject, purge, punish, expel and even damage or kill traitors from our settings. Armies tend to execute traitors in almost all settings.

That situation is complicated significantly by the fact that we each have deep instincts to never personally want to be a traitor — so we very often police ourselves and steer ourselves out of potentially collaborative behaviors when those differentiations that define enemies exist for the other group in any situation or setting.

What does that tell us about the future of civility in American politics? Knowledge is power. We can choose to act in ways that minimize the damage those instincts create. We can inform our leaders in various ways that we expect civility to be part of the American political practice and culture.

We all need to understand our own thought processes so that we don’t fall prey to seductive negativity.

We need to clearly understand those instincts and we need to steer ourselves into a sense of each other in each setting that keeps us from defining people in any setting to be “Them.”

We also need to do the right things to create a sense of “Us” in each situation or setting. That is an extremely valuable and even invaluable thing to do if we seek Peace.

That knowledge about the value and the consequences in our thought processes triggered by being “Us” tells us we need to very intentionally build a sense of “Us” in each relevant setting that meets our legitimate perception of being “”Us.” To do that as a nation, we need to be an American “Us” who shares, supports, and commits to a set of shared values and beliefs we all support, trust, and follow. The final chapter of The Art Of InterGroup Peace book explains both that process and those values.

We need to come together in the context of a shared belief system built on the best features of who we are as a nation so we can use that shared belief about who we are to align and allow us to perceive our various differing political differentiations in each setting to be simply opposing forces in our community — not conflicts between “Us” and an actual enemy “Them” who can never be trusted and needs to be damaged or destroyed.

We are perfectly capable of rising to those levels of enlightened alignments. We have done it before, and we can do it again. But we need to understand very clearly what we are doing, and we need to know why we are doing it in order to make that level of macros alignment happen now. That is a core strategy of The Art of InterGroup Peace book and it is a key teaching of the Primal Pathways book.

At this point in our history, we need to ask our leaders who are encouraging us to fight with each other, to step back from their own angry and divisive rhetoric and behaviors, and we need to ask them to return us collectively to the goals of Peace, and to lead us all to a level where we are all an American “Us” that just happens to have some levels of intergroup disagreements.

To do that, we need collective insight into how seductive and damaging those more extreme instinct packages are. We need shared wisdom about our instinctive behaviors — and we need shared support for a set of enlightened beliefs and behaviors we can commit to together to define who we are as an “Us.”

We need the knowledge of those processes so we have the power to restore civility into our political discourse and interactions.

We need calm adult behavior in the context of a community of caring adults working together to create a better and safer future for us all.

Let’s begin by rejecting the rhetoric that insults and attacks the other side in each setting at a direct and personal level — and let’s use both language and behaviors in each situation and setting that create mutual outcomes that benefit us all.

When we do Win/Win things together as our goal, our mind set, our strategy, and our common commitment to ourselves and to each other — then everyone can Win.

Having everyone Win is a good thing.

Let’s do what we need to do to make that happen.

Let’s reduce the fragility of civility and let’s build an expectation of respectful, adult behavior for all settings.

The key is to have our intellect overcome both our cultures and our instincts and guide us to enlightened behaviors that we all share because they are the right thing for us all to believe and do.

That is the purpose of The Art of InterGroup Peace book. That book was just rewritten to make it more usable in some key areas. It is available on this website for both free downloading and free reading. Share it with anyone who might want to support a movement for Peace.

We need people to want Peace — and we need people to feel right in acting in civil, polite, respectful and even supportive ways with one another in the context of our political interactions.

That is entirely possible to do. Let’s expect our leaders to do it.