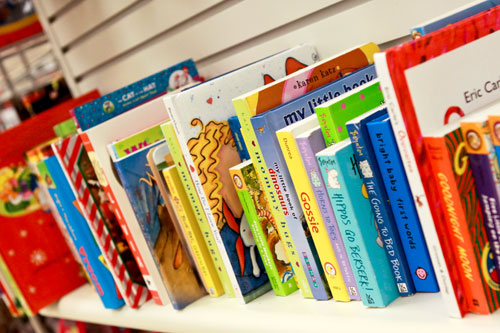 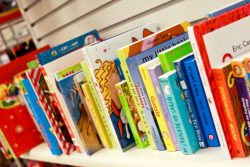 The biggest single public health deficit and failure in America today is the fact that almost no parents of newborn children have been told or taught that they can improve their child’s learning abilities significantly by exercising their baby’s brain in the first three years of life.

The basic biological science on that issue is absolutely clear — and almost no one is sharing that information about that biology in any useful ways with the parents of newborn children.

Far too many parents believe that the learning ability levels for their children are set automatically for each child at birth. That belief is entirely, completely, utterly, dangerously, and dysfunctionally wrong. Learning levels can be — and often are — changed significantly for each child and parents and families can make that change happen.

They are not fully formed at birth. The brain development that happens in the first years of life makes a huge impact on each child’s ability to learn for their entire lives. Almost no parents know that information about early brain development processes or brain strengthening opportunities. That lack of knowledge is a major learning gap of its own.

A second major public health knowledge gap and awareness deficit that we face as a country is that parents also do not know the biological science and the normal developmental realities that can make the first three months of life critical times for the emotional underpinnings of each child.

Other years are important to various aspect of brain development and to judgment and learning skills, but those first three years are the golden, high opportunity, high leverage years when the vast proportions of neuron connections that are made and strengthened in the brain of each and every child give our children key and basic learning tools that they will use for their entire lives.

The children from every race, ethnicity, culture, and economic levels who have adults interacting directly with them — talking, playing, reading, and singing to them — end up with larger vocabularies at age three, better learning levels in kindergarten, and a much higher likelihood of being able to read well and do well as students in both grade school and high school. The children who get that support in those key years benefit significantly and directly from that support.

The first three years are important at multiple levels for each and every child. Infant brains and child brains that are exercised in the home or in the day care settings for each child in those first years of life tend to do significantly better in all of their other education settings for their entire lives, because of the neuron connections that were built and reinforced by exercise and use in those first key years.

The children who only have vocabularies of a few hundred words by age three can have a very hard time catching up later with the children who know more than 1,000 words at that point in their lives.

Education does not begin at kindergarten.

Education does not begin at school.

Some very key emotional learning for children happens in the very first three months of life. Researchers have shown that the children who feel secure, safe, protected, and cared for in those first three months of life tend to do better at multiple levels on evaluations done at that age than the children who feel ignored, isolated and not directly responded to by an adult in those key first weeks and months of their lives.

Some experts recommend evaluating all children at that point to see which children will benefit by remedial direct contact with positively interacting adults.

The first three months and the first three years are both far more important for each child than anyone thought they were just a few years ago. The science of child development is making massive leaps forward in scope and depth and that should be a major asset for our children.

That science will only be a massive benefit to our children if someone effectively shares that information with children’s families at the right point in their lives.

Even though we now know from good science that exercising baby and infant brains changes lives in extremely positive ways, we have not shared that information in any effective way with the parents and the families who really need to know that information at the point in time when it can create a major benefit for their child.

That is a massive public health failure. Even though we know that exercising baby and infant brains changes lives in extremely positive ways, we have not shared that explicit information in any effective way with the parents who need that information.

The education system has very unintentionally dropped that ball by beginning its work and its focus at the pre kindergarten years for each child. Pre-kindergarten is a good thing, but pre kindergarten too often can’t make up the deficits for the children who only have hundreds of words in their vocabularies by age three.

Far too many of our obstetricians, pediatricians, nurses, and hospital caregivers in this country have also missed a very high potential opportunity to have a positive impact on that basic aspect of child development. Those caregivers generally do not communicate those basic and life changing biological realities in any explicit way to the parents they serve.

Government officials and community leaders in far too many settings have failed entirely to make that biological information and that early brain exercise opportunity either a high priority or a key component of the culture and the shared beliefs of the communities they guide and lead.

We now have massive learning gaps between students in many of our cities. We have some groups of children who have 80 percent of the group able to read in high school, and we have other groups in the same schools where only 40 percent of the students are able to read well at that point in their lives.

The difference between the children is not race, ethnicity, culture, or income levels for their families. The difference between the children goes back to the first months and first years of life for each child when brain exercise builds strong brains. Each child from every group faces the same biological reality and each child faces the same biological time frames.

Every family and every parent from every group who knows that biological reality can use it to help each child. It is very powerful information to know.

The children who are helped with early brain exercise are much more likely to stay in school. Staying in school has benefits at multiple levels. High school dropouts have a hard time finding employment and are more than twice as likely to end up in jail as a high school graduate.

We have more people in jail than any country in the world, and 60 percent of the people in our jails either read poorly or can’t read at all.

We need to get all children on the pathway to having stronger learning skills. We need more students to be learning ready. We can save children from learning difficulties one child at a time by talking, playing, interacting, reading and singing to each child.

We need every new parent in America to understand that reality and that opportunity.

When the First Five Commission for Children and Families ran an ad campaign last year making that point to California new parents, research done by the University of Chicago showed that 74 percent of the parents who heard the ads changed behavior and increased their talking, reading, and singing to their children. The parents responded in positive ways to that ad because all parents love their children and all parents want to help their children succeed and do well...and the ad gave parents an idea about how that might be done. Parents are ready for that information.

That First Five campaign will be taken to higher levels this year. The goal is to have 90 percent of all mothers who give birth in California next year understand that they can help their children strengthen their brain by exercising their brain. The goal is also to have all of the fathers knowing they can make a major difference in an important aspect of their children’s lives. Talk, Read. Sing.

The tools that do that work for each child are not that hard to use.

We need to make that kind of education process for new parents our number one public health priority for America. Our learning gaps in far too many cities are huge and painful. We haven’t been able to close them very successfully in almost any setting, so we need to make sure the gaps don’t happen.

We need to make continuous learning from birth on an anchor for our culture and for our parenting approaches, and we need to give every parent the tools that can help every child be learning ready when learning ready is important to every child.