Win-Win | Peace Thoughts | Institute for InterGroup Understanding
Back To Top ▲ 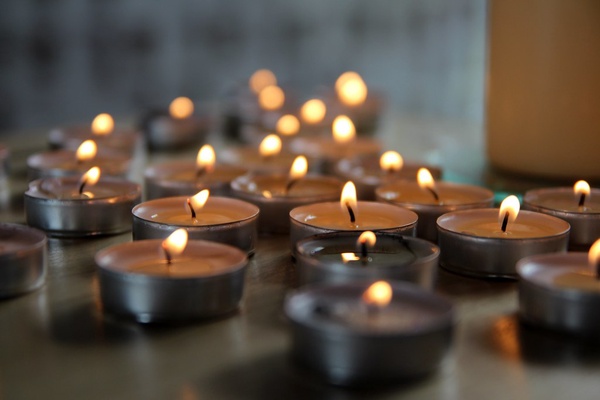 Win-Win Is A Strategy, A Commitment, And An Extremely Useful Belief System

There are three sets of outcomes that can result for groups of people interacting in various settings in the world today.

Those three sets of outcomes are win-lose, win-win, and lose-lose.

If we want to create InterGroup Peace and intergroup safety and prosperity for America, we need to very intentionally and explicitly decide to make win-win both our strategy and our commitment.

We very much want to avoid win-lose behaviors and strategies.

Win-lose outcomes have their obvious down sides. The people who win in a win-lose setting may feel a current benefit from their win, but those outcomes generally have their own built in instability, vulnerability and risk.

Whoever loses in any win-lose setting generally has the inherent interest and the perpetual and sometimes continuous intent to convert their current defeat into a future victory.

Losers in win-lose settings are very often focused on changing that outcome. Those losers in many win-lose settings very much want and intend to both reverse their losing situation and then, when the opportunity exists, do what needs to be done to avenge their defeat.

When any group in a setting has revenge as a constant and focusing group motivator, then that creates at least some level of ongoing and future risk for whoever won in that situation or setting.

Revenge for prior inflicted losses is sometimes very ugly. Revenge is often deliberately destructive and damaging when it occurs.

A far better (and much more secure) outcome is to have both groups — or all groups — in a setting actually win.

There does not need to be a loser in any intergroup setting if we remove win-lose thinking from our approach to intergroup interactions.

We will all be stronger, safer, and more prosperous in every setting when all groups in the setting do well. Rising economic tides can lift all ships.

We will need to deal very directly with some key instinctive behaviors and thought processes in order to make win-win our chosen strategy.

The patterns are consistent and constant across both group and intergroup settings. We tend to trust, accept, protect, defend, and support anyone we define to be Us.

We tend to distrust, dislike, avoid, compete with, and even damage who ever we define to be Them.

Our ethics are directly impacted by those instincts. We tend to suspend conscience when we do negative things to Them. We lie to them, expell Them from our turf, and we often feel no guilt doing things as extreme as enslaving Them or committing situational genocide against Them.

Those sets of instincts lead us to very negative intergroup behaviors far too easily and far too often. The four InterGroup books explain both those instincts and those behaviors.

To keep those sets of instincts from being activated in our settings at an ethnic or racial level and causing us to become just another multi-tribal nation at war with itself, we need to do the things that need to be done to give ourselves better and more inclusive categories of being Us. We can’t eliminate those instincts, so we need to use them on our behalf.

We have a long history of letting our Us/Them instincts divide us by race and ethnicity. The White majority group in this country has discriminated at multiple levels against each of the other groups who did not look like or sound like White Americans. Those perceptions triggered those instincts for very long periods of time … with extremely negative results.

Those patterns of intergroup discrimination based on those factors have been consistent and damaging to minority Americans since the earliest days of the U.S. Those patterns are explained and outlined in both Primal Pathways and Cusp of Chaos. People have suffered because of those sets of behaviors.

At the same time we practiced those levels of discrimination, we also had the blessings of being one of the most enlightened countries in other key areas. We were a country that believed in Democracy when the rest of the world was run by despots. We believed in Democracy, equality, and full and open opportunity. We believed in freedom of religion, freedom of speech, and freedom for our thoughts and our beliefs — at a time when other countries made freedom in those areas impossible and often illegal.

Those enlightened beliefs that anchored the formation of our country inspired people across the world. But the full and sad truth was that we only extended those beliefs fully to White males for hundreds of years. Everyone else felt barriers to being fully included in the American Dream.

The Dream is so effective that we thrived and prospered when we included less than half of our population in its full benefits and opportunities. We will do even better in the future when women and minority Americans are all welcomed fully to that dream.

We are now at the cusp of a golden age for inclusion. We have passed laws and created expectations that have extended those rights and those opportunities much more broadly to more Americans. The process has not been perfect, but we are much better off at multiple levels relative to the negative governmental and societal impact of those basic sets of instinctive behaviors.

We need to be at the cusp of that golden age for inclusion because we are becoming much more diverse at a very rapid rate. The data shows us that our national path to diversity is both inevitable and irreversible.

Half of the babies born in America last year were born to minority mothers. Half of the children in our public schools today are from our minority families. Our future is clear and our rapidly accelerating diversity is a reality that can’t be rejected, ignored or denied.

We can do that if we become an “Us” as a nation based on our core beliefs.

We felt a clear sense of who we were as an American Us in the days immediately after the terrorists flew their airplanes into the World Trade Center and the Pentagon.

We were unified in that moment by our core beliefs.

We need to return to that set of core beliefs and we need to use it to guide us now to our future together as a nation and as a people.

We need to figure out in every setting what that process involves for that setting. We need clarity and understanding on wins in every setting to make that win-win outcome approach happen for us all.

One aspect of that clarity will be for us to stop making discriminatory arrests for people by ethnicity and race. We need police in every setting to be bonded with the communities they serve.

We also need to help every child. The book Three Key Years explains what we need to do in the first years of life to beget every child “learning ready” by the time they enter kindergarten and begin their years in our schools.

We need all of us to be on a win-win team to help every child.

We need open dialogue on all of those issues — and we need to use the internet to facilitate that learning and that communication process. We need to get to know each other using those sets of tools.

The third alternative set of inter group outcomes described above is lose-lose outcomes. Lose-lose sometimes happens accidentely and unintentionally when both groups are trying to achieve win-lose outcomes and both groups fail.

Lose-Lose, in its worst form, is entirely intentional. Intentional lose-lose outcomes happen when people hate other people so much that they are willing to take a loss themselves at some level in order to inflict damage on the other party.

There are now suicide bombings every day in various settings in the world. Those are always us/them bombings — where people strap a bomb to their own body to kill people from a group they hate.

We sometimes even see lose-lose settings and strategies in political situations, where people hate the other people so much that they are willing to take on collective damage in order to inflict damage on the other side in various ways.

We need leaders who believe in win-win outcomes and strategies and who do not want us to be wrapped up in either win-lose or lose-lose outcomes and approaches.

The four InterGroup books all point to win-win outcomes and to strategies that are intellectually anchored in our collective understanding of our instinctive behaviors and in a collective, heart felt commitment to the values and the beliefs that can bring us together to Peace as an American Us.

We need to create Peace piece by piece … Figuring out in each setting how to collectively benefit by being an Us in that setting.

We actually are at the Cusp of Chaos. We are going down some very Primal Pathways. We need to excel at The Art of InterGroup Peace in order to functionally achieve Peace In Our Time.

That can be done. It will only happen if we actually do it.

Welcome to the Institute for InterGroup Understanding website. This is one of our Peace Thoughts. All four of the InterGroup books, as well as the Three Key Years book are available for free on our site.

We all need to make a real and relevant commitment to Peace, or else it probably will not happen in our time.